It's Meaning and why we chant it

In the Ashtanga Yoga tradition it is customary to come to samasthiti and chant the opening mantra (sometimes referred to as “invocation”) together. In the once a week led class this happens at the beginning of class and during Mysore practice we usually chant at the beginning of the Mysore-practice window.

The opening chant is a way to extend gratitude, humility and respect to all the people (teachers and students) who walked this path, did this practice before us and enabled the practice to survive so that we can exprience its benefits. Chanting is a tool to suspend the normal movement of the discursive mind (“manas”) and, thus, allows for a contemplative state. Moreover, the opening chant cleanses the energy of a space for yoga and prepares our mind, body and emotions. Altogether, chanting the opening mantra is a wonderful way to start practice!

Of interest is that the opening mantra is composed of two parts stemming from different eras: The first part is derived from the Yoga Taravali of Adi Sankara (early 8th century) and the second part is a meditation verse describing Patanjali (the composer of the yoga sutras, the 8-limbed path of yoga, roughly 2nd century BCE). Both parts also have slightly different rhythms to it.

The opening mantra conveys an attitude and metaphorical meaning.

The attitude of the opening mantra:

The attitude of the opening mantra is in setting an intention towards a state of receptivity; serving as a reminder that we learn by the grace of our teachers – whoever / whatever they may be. No matter “how advanced” we become in practice, we always come to practice at students. To be effective yoga pracitioners we have to let go of arrogance, plans and expectations and be willing to be with what is present, to learn and grow.

The metaphorical meaning of the opening mantra:

The first part of the mantra conveys gratitude to any and all of the teachers and the role they serve as healers. We hope to receive energy and knowledge from our teachers in order to help us eliminate ignorance and delusion.

Our teachers greatly help us to cut through unbeneficial conditioned patterns, helping us view the world as it is. In the chant, our teachers are regarded as “jungle physicians” (shamans) who have the capacity to enter thte wisted jungle of our minds guiding us towards healing. They have walked this path we are on before us and can provide guidance. We practice to remove our unbeneficial habitual patterns in order to experience ourselves and the world as we are  / it is and not from our conditioned exeprience, releasing delusion.

samsara – “sara” flowing, “sam” together; flowing together / sticking together; all our conditional experiences flow together

Moreoover, you may imagine that we see our reflection in a very dirty mirror (conditioning). By using the wisdom and following the guidance of the internal guru we slowly clean the mirror. At first the dust is so thick and it gets really smudgy. Yet, with continued effort we are able to see parts of ourselves (our true nature).

The second part of the mantra describes the archetypical yogi, Patanjali. In fact, we visualize ourselves as the form we are describing / we bow to the form (pranamami) through the chant, the form of Patanjali. Patanjali re

presents an enlightened (svetam) being. Thus, by chanting we aim to absorb the qualities of the archetypical yogi.

e but as a mix of the two. He is often depicted with a human torso (abahu) having four hands, thousand heads (sahasra sirasam) and below the waist as a snake (the snake form represents infinity).

One of his four hands is empty to perform mudras while he is holding (dharinam) different objects with each of the other three hands: a conch shell (sankha), a double-edged sword (asi) and a wheel/disc (cakr). The conch shell is often used at the onset of a ritual ceremony and symbolized divine sound and truth. The double-edged sword is used by the yogi as a tool for discrimination to cut through external and internal truth and illusion. A yogi seeks to cultivate intelligence and discrimin

ation, an often painful process to slice off the demons (conditioning). Then, the wheel or disc is representative of cyclical patterns and infinite time; in a sense it symbolizes the mastery over time and fear of death. 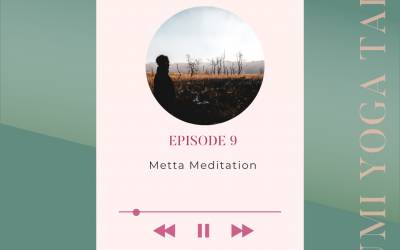 For a lot of people this time of year can feel extremely busy and like we are constantly in a rush. Is that you, too? It seems that still a lot "has to get done" before the year comes to an end. There are also various festivities coming up (which can be challenging...

END_OF_DOCUMENT_TOKEN_TO_BE_REPLACED 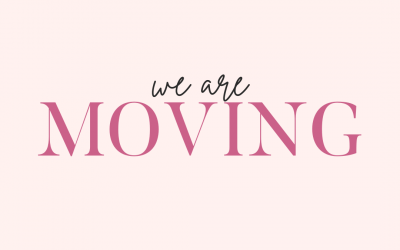 Until April 2023, we are still at Damsterdiep 46.Everyone practicing at the yoga school has already been informed about this change in September. Now that the “To rent” signs are up on the windows of the school, it’s time to share the big news in the "wide open".As of...

END_OF_DOCUMENT_TOKEN_TO_BE_REPLACED 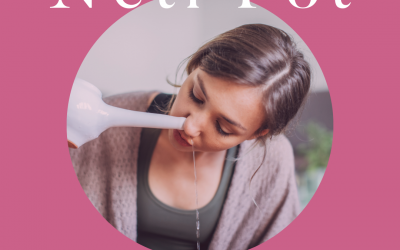 Neti Pot – Nasal Cleansing: Why and How?

Neti (nasal cleansing) is one of the six most important kriya technqiues described in the Hatha Yoga Pradipika. Kriya literally means action or task. Kriyas are meant to clean and purify the body, and part of yoga.​​​​​​​​​​​​​​​​So what is a neti pot?​​​​​​​​The...

END_OF_DOCUMENT_TOKEN_TO_BE_REPLACED

Book your first class with us

This website uses cookies to improve your experience while you navigate through the website. Out of these cookies, the cookies that are categorized as necessary are stored on your browser as they are essential for the working of basic functionalities of the website. We also use third-party cookies that help us analyze and understand how you use this website. These cookies will be stored in your browser only with your consent. You also have the option to opt-out of these cookies. But opting out of some of these cookies may have an effect on your browsing experience.
Necessary Always Enabled
Necessary cookies are absolutely essential for the website to function properly. This category only includes cookies that ensures basic functionalities and security features of the website. These cookies do not store any personal information.
Non-necessary
Any cookies that may not be particularly necessary for the website to function and is used specifically to collect user personal data via analytics, ads, other embedded contents are termed as non-necessary cookies. It is mandatory to procure user consent prior to running these cookies on your website.
SAVE & ACCEPT